UNSENT TEXT MESSAGE RULED TO BE WILL

26 Dec UNSENT TEXT MESSAGE RULED TO BE WILL

Posted at 09:00h in Wills by Michael B. Cohen
Share 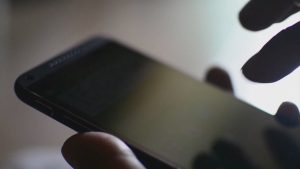 An Australian court has ruled that an unsent text message on the mobile phone of Mark Nichol was sufficient to be a valid will as it showed his testamentary intentions of leaving his home and pension to his brother and nephew rather his wife and son. The day after Mark Nichol committed suicide, his brother (David Nichol) and nephew (Jack Nichol) found the unsent text message in an electronic file marked “drafts” which stated:

“Nic you and Jack keep all that I have house and superannuation, put my ashes in the back garden …Julie (his wife) will take her stuff only. She’s ok. Gone back to ex AGAIN I’m beaten. A bit of cash behind TV and in the bank. Cash card pin 3636.” Beneath the message, it indicated “My will” with a smiling emoji.

The wife unsuccessfully argued that it could not be accepted since the message was never sent and therefore had not made up his mind.

For more information on wills, listen to Michael Cohens weekly podcast at https://dallaseldercareattorney.com/podcasts/.