COURT RULES GRANTEE OF LADYBIRD DEED NOT ENTITLED TO PROPERTY

Posted at 09:00h in Lady Bird Deed by Michael B. Cohen
Share 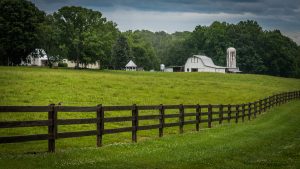 Many may be surprised that just because you are named as the grantee (the one generally entitled to the property at death) of a Ladybird Deed (an enhanced life estate deed), it doesn’t mean you would always be entitled to the property on the death of the owner (the “grantor”). A Ladybird Deed grantor reserves for the grantor’s life, the full possession, benefit and use, as well as the rents, issues and profits and the unilateral power of sale of any or all of the property and even the right to change the grantee without the consent of the grantee. Ladybird Deeds are often used to avoid probate (property passing by Will after court order) and are frequently used by elder care attorneys in Texas (Ladybird Deeds are not recognized in all states) to avoid a successful claim for estate recovery if the grantor receives Medicaid benefits such as long-term care costs (either at home or in an institutional setting). In Texas, certain real property (most typically the homestead), is a “non-countable resource” for Medicaid eligibility purposes, but the state has a right to a claim for reimbursement to extent Medicaid benefits (for long-term care costs) have been paid by the state against the estate of the Medicaid recipient. The homestead is generally the resource of the most value (and it generally doesn’t count as a resource). However, in Texas, the right to make a successful claim by the state is only applicable if property passes by intestacy (without a Will) or by Will. A successful claim by the state is avoided if the property passes by “deed” (and not by probate or intestacy) with a Ladybird Deed.