Posted at 09:18h in Social Security, Veterans by Michael B. Cohen
Share 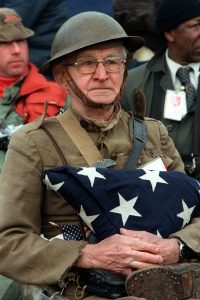 On January 8, 2016, the “Veterans Care Financial Protection Act of 2016” was introduced allegedly to protect individuals who are eligible for increased pension under laws administered by the Secretary of Veterans Affairs on the basis of need of regular aid and attendance from “dishonest, predatory or otherwise unlawful practices”.  While this seems admirable on its face and sounds like something all taxpayers would want, the devil is in the details – which this bill lacks.

Previously, Veterans Affairs (“VA”) had made proposals to eliminate commonly used planning options (use of annuities, transfer planning and certain irrevocable trusts) since many planners used the existing laws to benefit wartime veterans and their dependents or their surviving spouses -especially if they had care costs due to disability even though the disability is not due to combat service. Since the benefits are “means tested” (assets and income and medical expenses are reviewed to determine if there is eligibility), many planners and/or veterans simply use the existing rules (or lack thereof) to their advantage just as tax planners try to reduce taxes pursuant to what is permitted under the Internal Revenue Code. The amount of the benefits range generally from $1149 per month (widow of a wartime veteran) to over $2500 a month (if both spouses are veterans) typically when the veteran or their surviving spouse lives in an assisted living facility or nursing home.

Although it is this author’s opinion that there should be changes, some of the present proposals of the VA lacked logic. The VA had hoped to implement its proposed changes this spring without Congressional approval since previous Congressional bills proposed were unsuccessful. However, it is likely there would have been a lawsuit on constitutional grounds since VA shouldn’t be able to make changes to the Code of Federal Regulations without Congressional approval. Apparently, this Congressional resolution is a recognition by VA that it could not act without Congressional approval. As a result, this bill has been introduced and it simply indicates the Secretary of the VA is to submit standards to the Committee on Veterans Affairs of the House and Senate on what is a dishonest, predatory or unlawful practice within 180 days after the law passes. Also, the Comptroller General has 540 days after the enactment of the Act to complete a study on the standards implemented.

It is this author’s opinion that VA is trying to get a law passed so that the law will be effective from the date of the enactment even there is no clarity as what such proposed rules would be (other than VA’s present proposals). This may be a way to get a proposed rules such as a 3 year look back period effective as of the passage of the bill – even though the report would months later. So, although the resolution seems to be admirable on its face, it seems like this is merely a tactic so that the proposals would not be attacked since there is no “meat on the bone” as the bill lacks details. Veterans should be wary.