Posted at 20:58h in Veterans by Michael B. Cohen
Share 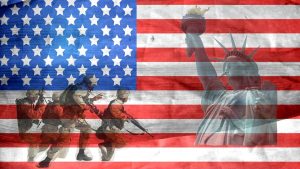 As of October 18, 2018, planning to obtain certain Veterans (such as “improved pension” which includes aid and attendance) benefits for non-service connected disability will get much more difficult. Wartime veterans (or their surviving spouse) often get governmental assistance which helps pay for care costs (such as assisted living) if their assets are low enough. At the present time, the amount of resources that can be kept is dependent on a formula in which age, income and predictable medical expenses are factors (medical expenses should exceed income to get monthly payments most commonly $1,176 for widows of wartime veterans and $2,169 for the veteran with one dependent such as a spouse).

However, if veterans have too many resources, they often have transferred assets, created irrevocable trusts or purchased single premium immediate annuities to reduce their resources so that the government would help pay for care costs. Unlike many Medicaid benefits programs which has a five year “look-back” period for transfers presuming most uncompensated transfers (in the five years prior to an application) were purposefully done to reduce assets since it is also “means-tested”, there is presently (until October 18) no “look-back” period for this type of veterans benefit. Thus, until October 18, a veteran (or their surviving spouse) could simply give away enough assets or create an irrevocable trust to reduce assets and get eligibility for VA benefits mentioned in the preceding paragraph. Similarly, another planning option that concerned the Veteran Administration was the use of certain immediate annuities (which has been treated as income and not as an asset if annuitized).

So, under the rules that become effective as of October 18, the purchase of any financial product such as an immediate annuity within three years of a claim (similar to gifts and irrevocable trusts) could be considered a transfer if it reduces the assets of the claimant so that the claimant gets below the resource limit. Transfers or annuities purchased prior to October 18 will be “grandfathered” and not counted even if they fall within the three-year look-back period. The argument of not penalizing annuities by planners is that it is being used to help pay for the claimant’s care and the annuities could have been perfectly healthy when purchased. Furthermore, immediate annuities have limited marketability.

Under the new rules, the total amount of the uncompensated transfers to reduce assets to get below the resource limit ($123,600 in year 2018) will be divided by the benefit that a veteran and one dependent would receive monthly (presently $2,169) to determine how many months of ineligibility not to exceed five years. Even gifts to a charity within the three-year look-back period will be presumed to have been done to reduce assets to get below the limit.

The new “bright-line” net worth resource limit for claimants is the community spouse resource limit used by Medicaid (presently $123,600) which increases annually. However, the annual income of the claimant is included in that limit although medical expenses can be deducted from the countable income.

Finally, a home is excluded as a resource provided the residential lot area does not exceed two acres unless the additional acreage is not marketable. Value of the homestead is irrelevant for VA as it was decided that a veteran should not be penalized if they live in an area that had highly appreciated.

Thus, a two-acre home in Beverly Hills, California would not count as a resource, but one acre of a three-acre homestead in Muleshoe, Texas would count towards the resource limit unless that one acre is not marketable which the claimant would have to prove.

Some of the new rules such as a look-back period for transfers are probably long overdue. However, other rules, such as not looking at the value of homesteads, lack the same rationality in this author’s opinion.

If you are a wartime veteran or the widow of a wartime veteran and if you are either homebound or need assistance with two activities of daily living now or within the near future, then planning should be considered without delay during the final weeks before the tougher laws become effective.

If you would like to know more about this topic or any other estate planning, consider going to our free “Estate Planning Essentials” workshop to be held on Saturday, October 6, 2018 from 10:00 a.m. to noon or by calling (214) 720-0102 or sign up online at www.dallaselderlawyer.com.