Posted at 07:00h in Veterans by Michael B. Cohen
Share

The Department of Veterans Affairs (VA) has announced its 2017 rate increases for certain wartime military veterans not dishonorably discharged or their surviving spouses. These rates are effective as of December 1, 2016. If interested in seeing the new rates, click here. However, since VA pension benefits are paid one month in arrears, the first increased payment should not be received until January (although since January 1, 2017 falls on a Sunday, there is a good chance it will be received at the end of December).

Many wartime (which me 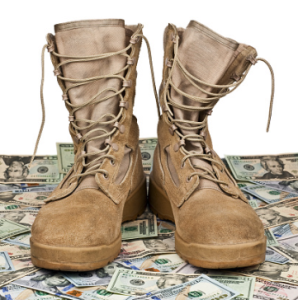 ans service during a period of war as defined by VA) veterans or their surviving spouses take advantage of these benefits to help subsidize their care costs. For example, if the veteran (or their surviving spouse) is either housebound or if they are in an assisted living facility, memory care unit or nursing home and the cost of their monthly care is greater than their income and their resources are insufficient, then VA will help pay for such care costs. Since payments are directly received (just like Social Security), it does not matter what facility the claimant is residing (although independent living generally would not qualify).
Since these benefits are “means-tested”, it is presently common practice to do various planning (i.e., trusts, gift planning, annuities, etc.) to be eligible for these benefits. However, the eligibility rules could be changing as soon as April 2017. Thus, those who are either a wartime veteran or the surviving spouse of a wartime veteran and who need help with care costs and who may have too much resources should immediately consider their planning options as it is anticipated that it will be much more difficult to be eligible for these benefits in the near future.