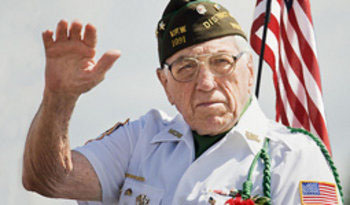 Proposed legislation (the Veterans Pension Protection Act) has been revised to penalize military veterans (or their surviving spouse) if they should dispose of their resources (that could have been used for their maintenance) within three (3) years of applying for VA pension benefits (benefits most commonly awarded if the veteran, who served during wartime, has high medical expenses such as assisted living or the costs of a nursing home – the benefit is awarded even though it is a non-service connected disability). Recent changes to the Veterans Pension Protect Act provide an exemption for transfers to a special needs trust benefiting a child of the veteran or the veteran’s spouse. Hardship waiver language has also been proposed, but it is very vague and the present proposal is only available if there is a dependent child. If the donee of a gift returns only a portion of what had been transferred by the donor to such donee, no credit will be given for such partial return (unlike present Medicaid rules in Texas). The bill continues to give unequal treatment to surviving spouses of veterans since they will be penalized at the same rate as the veteran. This results in almost double the penalty for the widow of a wartime veteran since the surviving spouse is entitled to approximately one-half of the monthly benefit rate that the veteran would receive. Stay tuned.