Posted at 15:13h in Veterans by Michael B. Cohen
Share 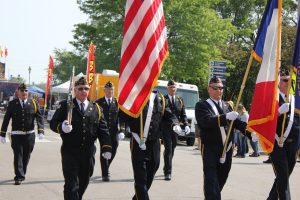 As previously reported in the Texas Elder Law E-letter, it is anticipated that the Department of Veterans Affairs (VA) will be changing its rules to make it more difficult for a veteran (who served during wartime and was not dishonorably discharged) or their surviving spouse from obtaining benefits (usually ranging from $1,149 per month for the widow of the wartime veteran to over $2,000 per month if veteran has a dependent). New requirements pertaining to the evaluation of net worth and asset transfers for pension purposes, etc. are expected to be finalized around April 2017. Previously it was expected the new rules would be effective in December 2016.

However, due to the complexity of suggested rule changes submitted by the VA and the large number of comments received (probably due to the lack of rationality of numerous proposed rules), implementation and publication of any final rule presently is now not anticipated prior to April 2017. As a result of the comments, apparently there have been changes in the final rule which are in draft form as the VA has not approved the suggested changes (which are presently unknown to the public). The final proposed rules have not yet made it to the Office of Management and Budget (OMB)—which will need to review the same before they can become final.

As reported in the June issue of the Texas Elder Law E-letter, as well as prior issues, there were many proposed rules that were simply half-baked. For example, under the initial proposal, all gifts (including charitable gifts) would result in a transfer penalty if made within three years of application. Gifts to charity are encouraged by Congress—so this proposed rule makes little sense. Furthermore, the initial proposal by VA was that a homestead is exempt if it is two acres or less. This would only make sense if the value of a homestead throughout the United States was exactly the same for everyone. We will report any proposed rule changes when published. Stay tuned.