Posted at 13:00h in Long Term Care, Medicaid by Michael B. Cohen
Share 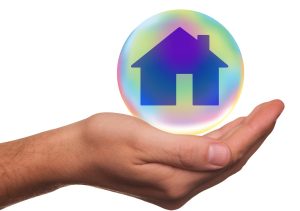 Client’s largest resource is her $205,000 homestead which does not count as a resource for “means-tested” long-term Medicaid benefits (provided the Medicaid applicant is single and the equity limit is under $572,000 pursuant to Texas law). Client obtains long-term care Medicaid resulting in the government paying for her drugs and helping pay for long-term care (nursing home) expenses. Client dies and the state is entitled to recover against the homestead for the drugs and nursing home benefits it advanced – unless there is an exception to the rules.

In this case, client is survived by two children – one of whom is single and has lived in client’s home for years. One of the exceptions in Texas to Medicaid estate recovery against the homestead is to be survived by an unmarried adult child who continuously lived in the home for at least one year prior to the death of the Medicaid recipient (some of the exceptions to the rules vary from state to state, and this exception is probably unique to Texas since it is tied to our Texas constitution which initially sought to protect the family farm or homestead from creditors). Proof of the surviving child being single is obtained by vital statistics records of the government. One of the requirements of proof of the unmarried child living in the home is that child’s federal income tax return for the year before the Medicaid recipient’s death and copies of utility bills. However, in this case, the unmarried child living in the home has not worked for years (so there was no tax return) and he didn’t pay the utility bills. So how did we prove the financially challenged unmarried adult child was living in the home? First, we got five different neighbors to sign an affidavit indicating how long the child lived in the homestead and that he lived there at the time of his mother’s (the Medicaid recipient’s) death. Additionally, we obtained copies of the unmarried child’s driver’s license, auto insurance bill, bank statements, IRA statements, car registration and voter registration. If the unmarried child had magazine or newspaper subscriptions, credit card bills, or any mail sent to that homestead address, then that would be further proof of the unmarried child residing at the homestead. However, that was not needed as we were successful without such additional items. Although the unmarried child’s sibling may not have been happy in the past about being her “brother’s keeper,” in this case it was a blessing that the unmarried child had to live in his mother’s home as estate recovery was avoided and both children inherited the home.