25 Sep SUCCESS STORY OF THE MONTH

Mr. and Mrs. Smith (the names have been changed for confidentiality reasons) had the unusual situation where both of them had to go into a nursing home at approximately the same time. Neither Mr. nor Mrs. Smith has long-term care insurance. Both could live a long time although it is anticipated Mrs. Smith will outlive her husband. The only income of Mrs. Smith is her monthly Social Security income of $300. Mr. Smith has an income of approximately $3,500 per month. The individual cost of care is $5,500 per month. As a result (not including other expenses such as insurance, taxes, etc.), they were losing $7,200 ($11,000 – $3,500 – $300) per month. However, they had a combined total of $800,000 of countable resources (excluding home and other non-countable resources). Due to the large losses for care costs each month, the family goal was to see if they could at least reduce their monthly expenditures without sacrificing the care they were getting and they wanted to be in the same room. 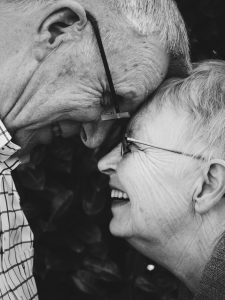 Normally, if both Mr. and Mrs. Smith applied for Medicaid, there would be ineligibility until they got down to $3,000 of countable resources. The strategy for successful Medicaid eligibility was relatively simple. First, if only one of them applies, then there would not be eligibility until the applicant’s countable resources were less than $2,000. Second, there is no transfer penalty between spouses. Third, the share to be paid to the nursing homeis the income of the Medicaid recipient minus a personal needs allowance and Medicare supplement and drug insurance premiums, if applicable. The government would then be responsible for the remainder of the applicant’s cost of care and drug costs. Since it is anticipated that Mrs. Smith will outlive her husband and since there is no transfer penalty between spouses, the easy solution was to first transfer all assets (other than an account with less than $2,000 where Mrs. Smith’s Social Security income is received) to Mr. Smith. We then applied for Medicaid for Mrs. Smith which was granted. This saved the difference between Mrs. Smith’s cost of care ($5,500) minus her income ($300) not even taking into consideration any deductions she would be granted for a monthly savings of at least $5,200 ($5,500 – $300) for the rest of her life.

However, Medicaid eligibility could be lost if Mr. Smith died first and if Mr. Smith’s Will said everything he owns goes to his wife. As a result, Mr. Smith was given three planning options. If he expected to die within five years, he would either have a Will that passed his assets in a trust (supplemental needs trust) that the assets could be used for his wife without jeopardizing her Medicaid or have a Will where someone else is the beneficiary since she cannot have more than $2,000. If he wanted to reduce the risk of spending all money on his care, then he could prepare and fund a certain type of trust that is subject to a five-year look-back period.