18 Dec SUCCESS STORY OF THE MONTH

Posted at 09:00h in Wills by Michael B. Cohen
Share

Last Monday we were requested to do a Will for an 89-year-old married woman who was just put on hospice. Due to her being on hospice, we put her as an immediate 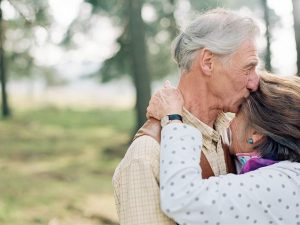 priority. Her 90-year-old husband has Alzheimer’s disease and is living in an institutional setting. The husband had previously (when he had mental capacity) executed a durable (valid even during his disability) power of attorney which granted his daughter the authority to act on his behalf including the rights to make transfers. The husband had no long-term care insurance and the cost of his care is approximately $6,000 a month. Wife’s existing Will distributed her assets directly to the husband. However, if he inherits from her, he will be ineligible for long-term care Medicaid as a single person can only have $2,000 of countable resources.

The husband and wife had $150,000 of countable resources (according to the Medicaid rules) and a home (which is non-countable under the Medicaid rules, but is subject to a claim by the government after the death of the Medicaid recipient to the extent the Medicaid benefits were advanced and to the extent that the Medicaid recipient owned an interest in the home) worth $100,000. If the husband is single and on long-term care Medicaid, then he would simply give up his income as his share of the cost of care and Medicaid would be responsible for the balance. Thus, if husband was on Medicaid and only had Social Security income of $1,000 and the cost of care was $6,000, husband would experience $5,000 of monthly savings if he was on Medicaid – which was the wife’s goal in addition to preserving additional assets for quality of her husband’s care for the remainder of his life.

So how did we achieve the deathbed wishes of his wife? First, under the Texas Medicaid rules, there is no transfer penalty between spouses (normally transfers within five years are subject to penalty resulting in Medicaid ineligibility and requiring private pay for care). So, through the powers granted in the husband’s power of attorney, assets were partitioned (although Medicaid is based on the federal law instead of the community property laws of Texas) by agreement to be solely in the name of wife as her sole and separate property that very afternoon (new accounts were established in mom’s name only) leaving her husband with less than $2,000. An attorney from our office (Travis Askew) then met with wife at the hospital to confirm wife had mental capacity, knew the bounty of her affection, and that she was not under any duress or undue influence. Wife signed a Will that indicated all her assets would be held in a special needs trust for the benefit of her husband if her husband survived her. The special needs trust is used to supplement not supplant public benefits and is not a countable resource. The homestead and all other resources (other than less than $2,000 kept in husband’s name) were transferred solely into Wife’s name on Monday afternoon. Wife died Monday night. The entire cash $150,000 (less $2,000) would be spared a spend down once the Will is probated (since all resources held in the special needs trust are non-countable). Furthermore, the house (which would also be a part of the trust since it had been deeded into her name as her sole property) can also be sold if desired for the benefit of husband (additional caregivers, upgrade of room) without the right of the state to make a successful claim against the home after husband’s death (he had no longer had an interest in the home since his interest was deeded into wife’s name).

As a result of this last second planning, the following goals were achieved: (1) husband could receive immediate Medicaid eligibility without spending saving approximately $5,000 a month for the rest of his life (or at least until he would have otherwise had to spend down his assets to $2,000) while still preserving assets for additional care for him; (2) probate for husband is avoided when he dies since no assets remained in his name; (3) any remaining assets in the special needs trust not used for husband’s care would be passed to their children; and (4) creditor protection of the assets held in the special needs trust (if the Will simply distributed the assets to their children and if wife merely hoped they would simply take care of husband instead of being distributed to the special needs trust, then there could have been concerns if the children get sued, if the children became disabled, if the children had marital issues and there was a comingling of assets, if the children died before dad, etc.). Estate planning can be just as important for small estates as it is for large estates. The family considered wife’s estate planning her one final act of business to take care of her husband and family before she passed – which makes this our success story of the month.