SHOULD I RULE MY INHERITANCE FROM THE GRAVE?

27 Dec SHOULD I RULE MY INHERITANCE FROM THE GRAVE?

Posted at 17:00h in Estate Planning by Michael B. Cohen
Share

You may or may not be concerned with what your heirs or charitable organizations may do with the assets that they inherit from you, but a recent case in New Hampshire has enraged many connected with the University of New Hampshire. 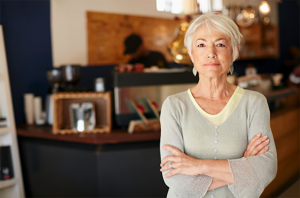 Many were upset when the University decided to install a video scoreboard at the University’s football stadium with $1 million of the bequest. Many alums thought it would be more appropriate to use the funds on books, scholarships, research grants, computers or the library where he worked and other ways that were more befitting with Morin’s life.

The moral of the story is it is up to you to decide whether you want your beneficiaries to have complete control of their or its inheritance. This is not a right or wrong answer. Some are concerned that if their spouse remarries or if their child predeceases them that their assets will not end up in their bloodline. Others want to encourage their children or grandchildren to do well in school or to get higher levels of education. Others are concerned about the spending habits of their heirs (or their spouses). These are just a few examples of for what some can plan in their will or trust. The list goes on – but that doesn’t mean it is right for you. Although we don’t know what Mr. Morin would have thought on how the University of New Hampshire spent its bequest, this case teaches us that we should all think about what is important to us to make sure our wishes are followed.