HOW TO PROTECT YOUR HOME, CAR, AND OTHER ASSETS FROM THE GOVERNMENT IF YOU RECEIVE MEDICAID

16 Jun HOW TO PROTECT YOUR HOME, CAR, AND OTHER ASSETS FROM THE GOVERNMENT IF YOU RECEIVE MEDICAID

Posted at 20:18h in Medicaid by Michael B. Cohen
Share 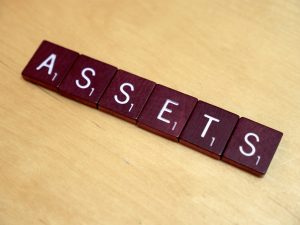 On June 1, 2003, the Texas Legislature passed a law requiring seizure of property in the estates of some Medicaid recipients after they die to repay the Medicaid programs for the assistance provided. The final rules published by the Texas Health & Human Services Commission became effective on March 1, 2005. As a result, the state has been making claims
against estates of those Medicaid recipients of certain Medicaid recipients (nursing facility services, intermediate care facilities for the mentally retarded, home and community-based services, etc.) if the Medicaid recipient was 55 or older when the services were provided. Under Texas law (which is subject to change), recovery against non-probate assets such as remainder interests (discussed below) and the interests of survivors in multi-party accounts (joint tenancy with right of survivorship, payable on death or in-trust-for) is precluded. As a result, one of the keys to avoiding a successful claim by the state is to simply avoid the assets being passed by the Medicaid recipient’s will (or by intestacy). The most typical assets that are exempt for which Medicaid recovery is sought is the home or a car. However, there are some other exempt resources that the state could pursue such as real estate placed for sale, certain mineral interests, businesses essential for self-support, life insurance policies if there is no beneficiary designation, etc.

However, there are some statutory exemptions even if assets of the Medicaid recipient’s pass by their will. The exemptions from the Medicaid Estate Recovery Program (MERP) claim are as follows:

The proof needed to avoid a successful claim of the state on the exemptions varies. It could be relatively simple (death certificate to show surviving spouse, birth certificate to show the age of the surviving child, letter from Social Security showing surviving child is disabled) or it could be much more difficult (reviewing the file of the state to see when they actually found out about the Medicaid recipient’s death and if the state complied with rules regarding notices about the Medicaid’s Estate Recovery Program, etc.).

The most common undue hardship waiver for a non-homestead is if the estate property subject to recovery has been the site of operation of a family business, farm, or ranch for at least 12 months prior to the death of the decedent; is the primary income producing assets of heirs or legatees and produces 50% or more of their livelihood, and recovery by the State would affect property and result in the lives or legatees losing their primary source of income. This is most commonly used in family farm situations.

The most common undue hardship waivers applicable to a homestead is if the homestead is less than $100,000 and if one or more siblings or direct descendants have gross family income below 300% of the Federal Poverty Level.

Of course, as explained in the April issue of Texas Elder Law E-letter, the most common way that a homestead can be protected from the claim of the state is through the use of a Ladybird Deed (also known as an Enhanced Life Estate Deed) or a Transfer on Death Deed, since neither of these deeds results in a transfer penalty (Medicaid programs are often subject to a five-year lookback period and there would be no penalty since the grantor would retain total control and have the benefits of the homestead during his or her life) and in both cases, the homestead would pass by deed at death—not by the will of the descendant.

Finally, even if no statutory exemptions exist and if the decedent failed to properly plan (e.g., Ladybird Deed, making exempt transfers prior to death, etc.), the state must comply with the law. It would probably be surprising to most that even though it has been more than 11 years after the law has been effective, this author has yet to find a case whether the state has precisely followed the letter of the law. As a result, estate recovery can also be avoided upon showing the state has failed to comply with law.