NURSING HOMES BENEFIT FROM RULE CHANGE – BUT WILL THE CONSUMER?

18 Sep NURSING HOMES BENEFIT FROM RULE CHANGE – BUT WILL THE CONSUMER? 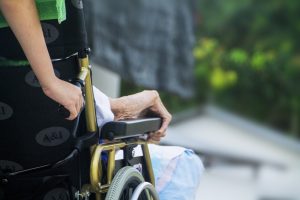 The Trump administration has announced that it will undo the rule originally issued by the Obama administration that prevented nursing homes from requiring residents or their representatives to resolve disputes by arbitration (instead of being able to sue) as a condition of admission to the nursing home. Although I am not a litigator, most Plaintiff’s attorneys have indicated to me that it is more beneficial for the consumer to be able to sue for injuries caused by substandard care, abuse or neglect rather than be bound by arbitration. Last year the government issued a ruling that nursing homes could no longer require residents or their representatives to be bound by arbitration as a condition of admission. This ruling was appealed in court. It is this author’s opinion that the nursing home industry probably would have prevailed in court due to the federal arbitration laws.

Consumers argue against binding arbitration since so many nursing home residents have some form of dementia (and thus have questionable capacity) or their family members are rushed to make a decision due to the cost of care and simply finding a facility of their liking in a short period of time. Often the residents or their representatives quickly sign the admission agreement with no idea of the implications. Furthermore, almost all (if not all) nursing homes admission contracts have such a provision and will not admit a patient without the signing of such an agreement that has such a provision leaving the consumer little choice but to sign.

President Trump has rolled back the rule by executive order to reduce regulatory costs. The statement of the Trump administration was as follows: “Upon reconsideration, we believe that arbitration agreements are, in fact, advantageous to both providers and beneficiaries because they allow for the expeditious resolution of claims without the costs and expenses of litigation.”

Other than nursing homes, other reactions (including the attorney generals of numerous states) have been overwhelmingly negative since the government spends over $80 billion a year in nursing home care and they believe consumers should not be deprived of their right to sue for any wrongdoing.