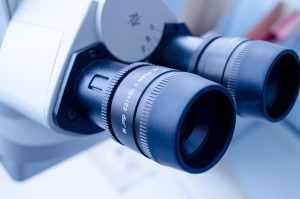 Data has suggested amyloid accumulation in the retina is an early event in Alzheimer’s disease. The inexpensive screening could be determined by giving a patient a pill of Curcumin (found in turmeric) as a fluorescent to light up the toxic amyloid protein deposits in the retina. The study revealed that Alzheimer’s patients had more than twice as much retinal amyloid.

Although there is presently no cure for Alzheimer’s disease, early detection could be beneficial. Early treatment (especially with new disease-modifying therapies which have resulted in the U.S. government increasing funding for Alzheimer’s research by $400 million earlier this year) with drugs and lifestyle changes could at least slow or ease the development of the disease early in the process.

If you want to join us in helping find a cure for Alzheimer’s disease, we would love for you to join our walk team, Michael’s Marchers, on Saturday, October 7, 2017, at 8:30 a.m. at Dallas City Hall, by clicking here. Whether you walk (there is a very short walk or a longer walk), we’d love you to either join us or support this admirable cause. Michael’s Marchers was the third leading fundraising area thanks in large part to the generous contribution of KAAM 770 AM and the Percy Fund.