Medicaid Transfer Penalty Divisor to Be Increased in Year 2015

It is anticipated that the Texas Medicaid transfer penalty divisor will be increased to the rate of $162.41 for those who apply for long-term care Medicaid on or after September 1, 2015. Under the long-term care Medicaid Rules, it is presumed that if an applicant makes an uncompensated transfer within five years prior to the month of Medicaid application, then the transfer is penalized resulting in the applicant being required to private pay during the penalty period which starts as of the first day of the month of the application if the applicant is otherwise eligible meeting all other Medicaid eligibility requirements. So, for example, if an applicant gave an asset worth $100,010 and received $10 for such asset, then this would be considered an uncompensated transfer in the amount of $100,000. If the applicant applied for nursing home Medicaid on or after September 1, 2015 in Texas (each state, and sometimes a region of a state has its own divisor) and is otherwise eligible for long-term care Medicaid, it is projected that the applicant would have to private pay 615 days ($100,000/$162.41) from the first day of the month of application. The penalty can be eliminated if the funds gifted are returned in full. Often the penalty can be reduced by various strategies. 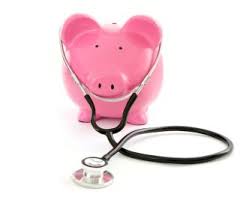