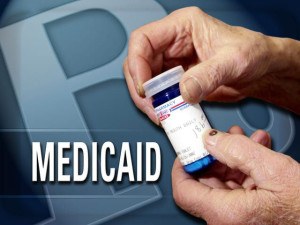 In what could be a harbinger of things to come, House Bill 6300 (the Medicaid Long-Term Care Reform Act of 2012) has been recently proposed to make findings or substantial changes in connection with Medicaid long-term care financing (which helps pay for care costs in nursing homes for those who meet certain financial requirements, etc.).The bill encourages the government to allow the states the flexibility to change eligibility rules for long-term Medicaid (if that happens, it is a virtual certainty that Texas will be less generous than the federal government). Texas has already requested a “block grant” so that it can make its own rules. The bill suggests looking into a study for: (1) increasing the Medicaid “look-back” period from 5 years to 10 years (presently if an applicant makes an uncompensated transfer such as a gift within 5 years of applying for long-term care Medicaid, then it is presumed that the transfer was done for purposes of trying to get Medicaid benefits and the applicant is usually penalized and required to pay privately for a period of time determined on how much was given and what funds were returned); (2) reducing the allowable home equity to either $50,000 or $200,000 (presently there is no equity limit on the home if you are married and a $525,000 limit in Texas if you are single); (3) encouraging the use of liens (instead of claims) to increase recovery against exempt assets of a Medicaid recipient such as the home and car of the applicant; and (4) giving tax incentives to middle income individuals to purchase long-term care insurance.

Due to problems with our current economy and since Medicaid reform has already been a topic of the year 2012 presidential debates and since Medicaid spending is continuing to increase, it is clear that this topic will not simply go away. It is anticipated that there will be more bills proposed – no matter who is elected. The only question is what reforms will occur and how long it will take to get such reforms implemented.