IS PRINCE HARRY PROTECTED FROM DIVORCE – OR WILL IT COST HIM A KING’S RANSOM?

04 Apr IS PRINCE HARRY PROTECTED FROM DIVORCE – OR WILL IT COST HIM A KING’S RANSOM?

Posted at 09:00h in Divorce by Michael B. Cohen
Share 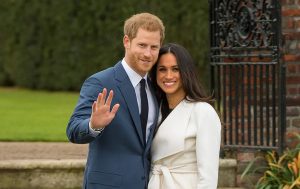 However, since much of Prince Harry’s money and other assets are inheritances received and held in trust established by his mother, Princess Diana, and the Queen Mother, he is largely protected. In that regard, British and American laws are similar. Assets held in trust can be structured to protect the beneficiary from divorce. There are many different types of trusts. In the United States, the key is to structure the trust so that it is taxed on its own (in contrast to common revocable trusts, where the trust and the taxpayer are taxed the same due to complete control of the assets and income in the trust by the individual who establishes the trust). It is not uncommon to protect your children or other beneficiaries from (a) a bad marriage; (b) giving all their inherited assets to their spouse (who might remarry and give the assets to a new family) instead of keeping the assets in the family; or (c) their creditors by simply having your beneficiaries inheriting assets in a trust (instead of outright). It can be even structured where the beneficiary has some elements of control. If you want to protect a beneficiary with a trust, this can be done in your Will, your trust or even by creating a stand-alone trust.

If this is a topic that interests you, please come to one of our free Estate Planning Essentials Workshops by calling (214) 720-0102 for more information or signing up here. Our next workshop will be held on April 19, 2018 at 1:00 p.m.