Posted at 06:00h in Estate Planning, Social Security by Michael B. Cohen
Share 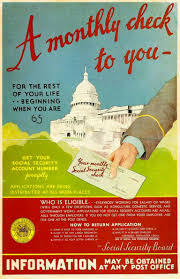 Having enough resources to maintain one’s lifestyle throughout retirement is a major concern for most retirees. Social Security income can play a vital role in enjoying a comfortable retirement. With this in mind, the following provides a brief history of the program, answers to common questions, and details of a few claiming strategies that will help you make the most of this important benefit.

On August 14, 1935 President Roosevelt signed the Social Security Act into law as the country labored to climb out of the great depression. The Act’s purpose was to provide financial welfare for the aged as those individuals reached retirement years.

Current State of the Program 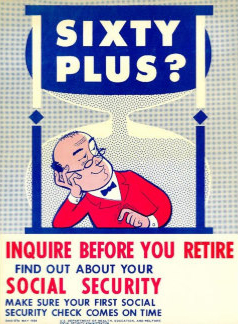 At the time of Social Security’s inception there were approximately 40 workers for every retiree receiving benefits. Given the Baby Boomer generation’s sheer size that number is now approximately 3 workers per beneficiary and is expected to fall to 2 workers per beneficiary in 2035. It is estimated that reserves held in the Trust fund will be able to pay full benefits until 2033. If there are no changes, projected tax income will cover 72% of promised benefits from 2033 to 2087.

While there clearly are issues to be addressed to ensure the longevity of the program, benefits for the vast majority Americans are not at risk. Proposed fixes include increasing the tax rate, raising the earnings maximum subject to Social Security tax, increasing the retirement age, decreasing future retirement benefits, and reducing cost of living adjustments. Social Security benefits are a key component of retirement income making up 30% to 100% of a retiree’s income, so strengthening the program is vital.

Social Security is funded through the Federal Insurance Contributions Act or FICA. FICA taxes are withheld on workers’ wages up to $118,500 (2015) at 6.2%. Employers and employees must pay this tax.

Before earning benefits you must earn 40 credits or have about 10 years in the workforce. In 2015 one credit is earned for every $1,220 of earnings, up to a maximum of four credits per year. Credits determine eligibility not the benefit amount. Actual benefit amount is determined by the average indexed monthly earnings for the highest 35 years which is applied to a formula yielding a Primary Insurance Amount. This figure is the benefit paid at Full Retirement Age.

The age when a person first becomes eligible for full unreduced retirement benefits. It is based on bith year.

Restricted Application (good when income is needed before FRA)

Age, life expectancy, employment status, income needs, and marital status are factors that may affect Social Security claiming decisions. Everyone’s situation is different and there is no one size fits all answer. Overlooking or underestimating the true value of a smart Social Security strategy can cost hundreds of thousands of dollars over one’s lifetime. You have spent a good portion of your life paying into the Social Security system. We can help you make informed and smart decisions so you can make the most of the Social Security benefits you have earned.