FINAL VA RULES PRESENTLY EXPECTED TO BE RELEASED IN DECEMBER

Posted at 09:13h in Veterans by Michael B. Cohen
Share 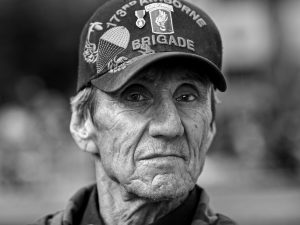 As previously reported in the Texas Elder Law E-letter, it is anticipated the Department of Veterans Affairs (VA) will be changing its regulations making it more difficult for veterans or the surviving spouse of a veteran who served in wartime from obtaining benefits particularly when their medical expenses exceed their income (often used when a veteran or the veteran’s surviving spouse is in an assisted living facility or nursing home). It is now anticipated that VA will issue its final rules regarding amending its regulations in December 2016.

According to the VA, “the proposed regulations would establish new requirements pertaining to the evaluation of net worth and asset transfers for pension purposes and would add regulations identifying those medical expenses that may be deducted from countable income for VA’s needs-based benefits programs. The intended effect of these changes is to respond to recent recommendations, made by the Government Accountability Office, maintain the integrity of VA’s needs-based benefits and clarify and address issues necessary for the consistent adjudication of pension and parents’ dependency and indemnity compensation claims.”

Although the VA’s goals are laudable and probably long overdue, it is this author’s opinion that many of the proposals lack consistency and are simply unfair to certain veterans and should require Congressional approval before anything of this magnitude is passed.

For example, the proposed rules indicate any gift within three years is a disqualifying act as it will be presumed the transfer was done for purposes of obtaining VA benefits. It is this author’s opinion that although there should be discouragement of applicants making transfers to obtain benefits, there should be exceptions to the rules. For example, if the applicant had given to their favorite charitable organization and had a stroke two years later and then applied for VA benefits, should the applicant be penalized for his or her charitable act? Congress has passed numerous rules encouraging charitable giving. Perhaps that is one reason why the proposed Veterans Pension Protection Act of 2016 has failed to muster any traction or support. It is this author’s opinion that the VA is pressing forward since it cannot get Congressional support for its half-baked proposals. If this occurs, it is anticipated that the VA will likely be sued for making such monumental changes without Congressional approval. Stay tuned.