Posted at 09:03h in Estate Planning by Michael B. Cohen
Share 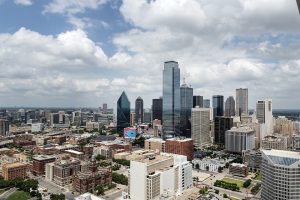 The recent despicable murders of Dallas and Baton Rouge policemen in addition to the inexcusable killings in Orlando by another deranged madman has raised gun control issues to the forefront. Our nation and our police forces are on high alert as tensions are at the boiling point, especially in light of the recent fatal shootings of black men in Minnesota and Baton Rouge for which William Johnson, head of the National Association of Police Organizations, has called a “war on cops.” Violence appears to be endless.

Most agree that we need to unite and back our police departments who help protect our rights (whether it be the right to peacefully protest or carry guns in accordance with law), and most agree all individuals (whether they be a policeman or common citizen) should be held responsible for their actions in accordance with law. The purpose of this article is to look at recent events from a different perspective – an estate planning perspective. It is not this author’s intent to either trivialize recent tragic events for which we all mourn or to encourage estate planning – especially for criminals who have committed heinous crimes – but it is merely to approach gun control from a liability standpoint. Of course, it goes without saying, that victims, like anyone else, who become disabled or die as a result of the actions of others should plan to protect their estate.

The right to bear firearms is a fundamental constitutional right, and due to differences in opinion, it is questionable whether a gun-friendly state such as Texas would make substantial changes to curb such rights. Furthermore, even a GOP-supported bill is not likely to garner support during an election year. However, if either of the violent delusional gunmen in Dallas, Baton Rouge, or Orlando had any size of an estate, what are some of the questions an estate planner might ask or consider?

In addition, could be criminal or civil liability to a gun owner for:

The recent sorrowful tragedies are disturbing and disconcerting. Although without doubt most Texans who own guns are law-abiding citizens, liability issues and laws concerning gun usage should be at least considered in light of the chasm between citizens and our police forces, increased gun licensing, and the increasing violent and terrorist activities throughout the world. University of Texas professors recently filed suit concerning which areas on campus are gun-free zones since regents did not discuss their policies with them. The suit claims campus carry violates their rights to free speech, due process, and equal protection. However, we all know that even if no citizen were permitted to own a gun, there will still be violent acts as long as there is evil in the world (as evidenced by the recent tragedy in France). Protection of your estate if you are a victim or if you are a gun owner is probably (and rightfully) a mere afterthought considering the bigger problem of how to fix the seemingly endless and growing trend of violence, but this author thought it may be of interest to readers that recent events might at least be considered from a different prospective – an estate planner’s perspective.

To help families of Dallas police killed and injured, contributions can be made to the Assist the Officer Foundation at https://atodallas.org/.