Congressional Bill Limits Use of Annuities in Medicaid Planning

11 Dec Congressional Bill Limits Use of Annuities in Medicaid Planning

Posted at 16:42h in Medicaid by Michael B. Cohen
Share 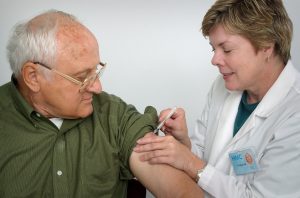 The House of Representatives has a proposed bill (HR 1771) that would change long established rules for the use of single premium immediate annuities in planning for the protection of a well-spouse (commonly referred to as the “community spouse”) if his or her spouse needs care in an institution such as a nursing home (commonly known as the “institutionalized spouse”).

Presently, when there is an institutionalized and community spouse and where the couple’s income exceeds the monthly limit (presently $2980.50) from non-countable resources (typically, Social Security, pensions, wages and annuities that have annuitized) and the couple has resources that need to be “spent down” to achieve Medicaid eligibility, it is a common strategy to simply purchase a single premium immediate annuity (“SPIA”) that complies with the Medicaid rules. A SPIA is an annuity whereby a lump sum is paid up front and then paid out in level installments of principal and interest for a term less than the life expectancy of the person on whom the annuity is based to be in compliance with the Medicaid rules so that the annuity does not count. The object of the strategy is to have the government (through Medicaid) help pay for a portion of the care costs of the institutionalized spouse. So, for example, if the institutionalized spouse has Social Security income of $1500 per month and the community spouse has teachers retirement income of $2500 a month and the couple had $300,000 of countable resources, then normally the couple would have to “spend down” to $119,220 (which is the maximum protected resource unless there is expansion usually in cases where the combined countable income is less than $2980.50).  So, a common planning technique is to simply purchase a SPIA that is Medicaid compliant in the name of the community spouse instead of spending down since the SPIA would not count. Thus, in the example above, if the community spouse bought a $200,000 SPIA that is Medicaid compliant, then the countable resources would be only $100,000 (thus below the limit) and the institutionalized spouse would only have to give up his or her income (in our example, $1500) as a co-payment in a worst case scenario. Since the cost of care for a nursing home is generally $5000 to $6000 in the D-FW area, the saving would probably be $3500 to $4500 a month in this example.