CONGRESS CONSIDERING REFORMING MEDICAID WITH A PER CAPITA ALLOTMENT

01 Mar CONGRESS CONSIDERING REFORMING MEDICAID WITH A PER CAPITA ALLOTMENT

Posted at 15:38h in Medicaid by Michael B. Cohen
Share

At the present time, the federal government matches (in some states up to 70%) state funds budgeted for Medicaid. This is an incentive for states to allot more of their budget on Medicaid and be inefficient in their spending. Medicaid spending has soared to the point where many in Congress think the program is unsustainable without Medicaid reform. One option being heavily considered is using a per capita allotment. The concept is that there would be a total federal Medicaid allotment for such state to take funds based on its federal medical assistance program 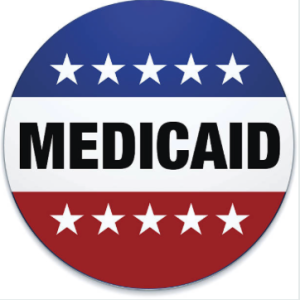 (FMAP). The federal allotment would be the product of the state’s per capita allotment for major beneficiary categories – aged, blind and disabled, children and adults – multiplied by the number of enrollees in each group. The per capita allotments for each beneficiary group would be determined by each state’s average Medicaid spending in a base year which would be increased by an inflationary index.

This proposal would cut Medicaid spending by $1 trillion over the next ten years. However, this would further decrease the amount and quality of health care available. States would have to either cut services or come up with new standards which would most likely harm low-income older Americans. Medicaid recipients could lose coverage on mandatory services such as hospital inpatient and out-patient services and nursing home services. Home services would likely be reduced if not eliminated. Further, quality of care at nursing homes would likely be reduced. States may also choose to cut expenses by capping enrollment depriving many of needed health care services. Present rules which encourage a couple to stay married (spousal rules for prevention from impoverishment) could be eliminated. As a result, couples could be more likely seek divorce since the amount of assets that could be kept by the spouse that lives in the community would be greatly reduced. A law in existence since the Reagan administration requiring Medicaid reimbursements for items such as nurse staff requirements, residents rights, protections against eviction, etc. could be eliminated resulting in the lowering of the quality of care.

Although we cannot continue spending at the current rate, the cap proposal would likely eliminate safeguards cutting the safety net for those most vulnerable as there would be state funding gaps. States would get more flexibility in designing their own programs but less would be eligible for Medicaid or there would be cuts in benefits or payments to hospitals, nursing homes or other service providers which could also result in fewer hospital jobs or facilities that have Medicaid coverage.