Posted at 06:00h in Medicare, Social Security by Michael B. Cohen
Share 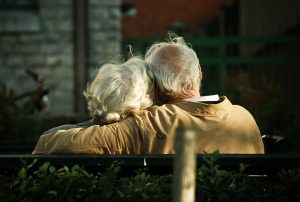 In our October 2015 issue of the Texas Elder Law E-Letter, we mentioned the likely passage of the Bipartisan Budget Act of 2015 (the president did sign the bill on November 2) whereby Medicare Part B premiums would be much lower than the astronomical amounts initially projected for 30% of those enrolled in Medicare (to around $120 per month for most who were subject to an increase). However, in order to achieve such savings, there had to be a reduction of cost somewhere.

The Budget Act comes at a price as two of the most common techniques (filing a restricted claim of spousal benefits and doing a “file and suspend”) for increasing Social Security income will be eliminated. The restricted claim strategy ends on December 31, 2015 for anyone who attains age 62 after that date. The restricted claim strategy is used since married workers have a choice to receive a retirement benefit based on the work record of their spouse or on their own work record. As a result, some workers reaching full retirement age presently file a restricted application requesting only on the work history of their spouse while continuing to earn delayed credits on their own work history.  The longer you delay receiving your Social Security income, the more monthly income you can get. So, they would delay receiving their own Social Security until age 70 thereby increasing their monthly income at that time. The new Budget Act will now only let you get the higher benefit (not both).

A similar strategy called “file and suspend” will be eliminated as of April 30, 2016 (unless Congress delays this). Current Social Security rules allow a worker who has reached his or her full retirement age (generally now 66) to apply for (“file”) and then delay (“suspend”) receiving their benefit payment up to 4 years (until age 70) while allowing your spouse to receive benefits based on your earnings record. Your monthly Social Security income increases 8% for each year you delay receiving your income from Social Security. This gives the couple up to 4 years of spousal benefits. The new Budget Act prevents spousal benefits to be paid during the suspension period – even if a suspension claim has been made. As a result of this new law, workers who turn 66 before April 30, 2016 and have a spouse within 4 years age difference should consider this strategy before the law changes.

For those interested in a free workshop on Social Security (best for those between ages 50-66) to hear Social Security expert, Tom Clark, you are invited to attend by simply signing up online at  www.dallaselderlawyer.com/social-security .The workshop will be held on February 16, 2015 at 6:30 p.m. at Abuelo’s in Plano.