MICHAEL B. COHEN SETS LEGAL PRECEDENCE IN WILL REFORMATION CASE

Posted at 09:10h in Elder Justice, Wills by Michael B. Cohen
Share 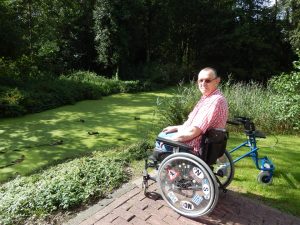 Last year, our state legislature revised the Estates Code whereby the will of one who is deceased could be modified or reformed by a court for either tax reasons or in connection with qualification or eligibility for public benefits. About one month after the law became effective, Cohen had a client who was about to inherit that which would jeopardize his public benefits since his public benefits are “means-tested.” The court agreed that this was the type of case that the legislature had a mind when they changed the law. In this case, the deceased signed a will in 1979 (long before his son became disabled and long before the federal law was passed in connection with creation of special needs trusts). The deceased died in 2014, and the law became effective on September 1, 2015. Shortly thereafter, the court agreed to reform or modify the will as if the deceased had a special needs trust in his original will. As a result, there was no payback provision to the government (normally required if one establishes a trust with their own funds). The government subsequently recognized the court order and public benefits were not jeopardized. As a result, precedent is now established to prevent loss of public benefits for those beneficiaries of wills who happen to be disabled and that special needs trust created by a reformed will need not have a payback provision.