ANTICIPATED TRUMP TAX REFORM PROPOSALS – WHAT IT MEANS TO YOU

Posted at 15:11h in Estate Planning, Taxes by Michael B. Cohen
Share 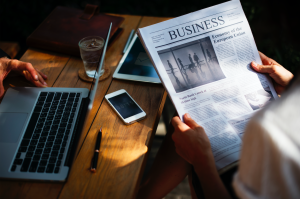 Although details of President Trump based on prior statements tax proposals have not yet been released and this is mere speculation, here are a few of the anticipated tax reform proposals:

Although the plan generally gives Americans tax relief, the concern is that it would add to the deficit which is likely to weaken the dollar and raise interest rates.

If it adds to the deficit, it would likely have a hard time passing the Senate as that would require sixty votes for passage of the bill (since it adds to the deficit). Furthermore, not all benefit from the anticipated tax reform – especially if you have many dependents or itemized tax deductions. Of course, even if these are the actual tax reform proposals, there would be much negotiation before any passage as learned by the lesson of the failure to pass a bill to repeal and/or replace the Affordable Care Act (Obamacare).