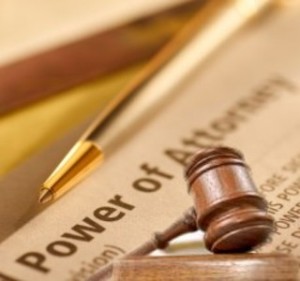 A Texas appeals court has upheld the conviction of an agent under a power of attorney who transferred funds to himself, supposedly to qualify his former grandmother-in-law for Medicaid. In an earlier proceeding, a jury sentenced the agent to 25 years in prison. Natho v. State (Tex. Ct. App., 3rd Dist., No. 03-11-00498-CR, Feb. 6, 2014).

Rosie Shelton signed a power of attorney, appointing her former grandson-in-law, Ronnie Natho, as her agent. The power of attorney gave Mr. Natho the power to act on her behalf, including with regard to Medicaid issues, but it did not give him the authority to make gifts on her behalf. Mr. Natho was also the sole beneficiary under Ms. Shelton’s will. After Ms. Shelton entered a nursing home, Mr. Natho gifted himself her car and then consulted with an attorney who helps clients qualify for Medicaid. The attorney informed Mr. Natho that he could spend down Ms. Shelton’s money and it was acceptable for him to make gifts to himself as long as Ms. Shelton’s needs were met. Mr. Natho then transferred Ms. Shelton’s life insurance policy to himself and gave himself other gifts as well.

When Ms. Shelton discovered the transfers, she revoked Mr. Natho’s power of attorney, and criminal charges were filed against Mr. Natho. A jury convicted Mr. Natho of misapplication of an elderly person’s fiduciary property, and sentenced him to 25 years in prison. Mr. Natho appealed, arguing he was acting in Ms. Shelton’s best interest to qualify her for Medicaid.

The Texas Court of Appeal affirmed the conviction, holding the evidence was sufficient to find Mr. Natho misapplied Ms. Shelton’s assets. The court ruled that the fact that the power of attorney did not give Mr. Natho the power to make gifts, that he gifted himself the car before he consulted with the attorney, and that the car and insurance policy would have been excluded from a Medicaid eligibility determination, showed that Mr. Natho wasn’t acting to benefit Ms. Shelton.