AGENCY UNDER A POWER OF ATTORNEY: SERVICE BY SOME BUT AGENT ORANGE TO OTHERS

02 Nov AGENCY UNDER A POWER OF ATTORNEY: SERVICE BY SOME BUT AGENT ORANGE TO OTHERS

Posted at 19:22h in Elder Justice, Power of Attorney by Michael B. Cohen
Share 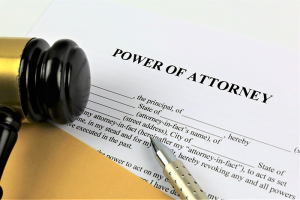 Under Texas law, an Agent should keep records of their actions including the retention of receipts and disbursements. The Principal could request an accounting (unless the power of attorney dictates otherwise).

Family members are often chosen as an Agent. However, that Agent should be aware that with responsibility there is liability especially if there are family disputes. To some, an Agent is a service to help out a friend or loved one, especially during disability. To others, it can be as toxic as Agent Orange due to the liability that could be incurred.