Posted at 20:55h in Medicaid, Medicaid Application, Medicare by Michael B. Cohen
Share 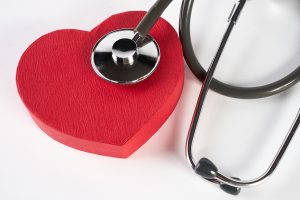 Now that the new law (the Tax and Jobs Act) has been passed resulting in less tax revenue for the federal government, it is anticipated that there will be changes to Social Security, Medicare and Medicaid so that expenses will be cut.  As mentioned in this issue of the Texas Elder Law e-letter, it is anticipated that Social Security may be tied to a “chained index” as opposed to the present consumer price index, Medicare premiums and payments to doctors will likely change as will various Medicaid program eligibility requirements.

In Texas, there are 40-50 Medicaid programs, each with different rules, but since long-term care is what we most often see because the cost of care is so great, we will mention 3 things that may be targeted as follows:

These are not the only issues that can be targeted (for example, one proposal that was also included in the bill that passed the U.S. House of Representatives last May was to limit the home equity limit for a person who is single to present limits, now $572,000 in Texas, without an index for inflation), but it is expected that long-term care Medicaid shall be under attack (and so will Social Security and Medicare).  Stay tuned.