Posted at 19:16h in Elder Justice, Medicaid, Veterans by Michael B. Cohen
Share 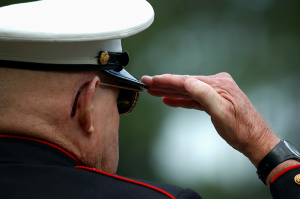 As we live longer, there is a greater likelihood of disability and the need for long-term care. However, most Americans have inadequate resources for such care and also lack long-term care insurance or similar insurance products. As a result, some elderly and disabled seek public benefits such as Medicaid and from the Veterans Administration to help defray such cost. However, the government looks at the applicant’s resources as such benefits are “means-tested” prior to paying for benefits. For example (as mentioned in the October issue of the Texas Elder Law E-Letter), the resource limit for veterans or their surviving spouse who have a non-service connected disability (such as needing assistance with two activities of daily living) is presently (as of 10/18/18) a resource limit (exclusive of homestead two acres or less) but inclusive of income minus medical expenses) of $123,600 (which is also maximum protected resource amount for a spouse of a long-term care Medicaid applicant as described below). Annual increases to this amount are tied to the Consumer Price Index for all urban consumers. It is projected (based on such index) that the resource limit for non-service connected disability benefits and for the spouse of a long-term care Medicaid applicant will be $126,240. The actual amount has not yet been published.

As many of you know, when one spouse lives in a nursing home in a Medicaid bed and applies for nursing home Medicaid (the “institutionalized spouse”) and one spouse stays at home or in the community (the “community spouse”), the Texas Health and Human Services Commission (HHSC), which governs Medicaid eligibility, takes a snapshot of the couple’s countable resources (some examples of non-countable resources are pre-need funeral arrangements with a waiver of right to cancel, homestead presently with an equity limit of $572,000 if single, one car, etc.) as of the first day of the month in which the institutionalized spouse receives at least 30 days of continuous skilled care. HHSC looks at the first day of that month as the date to determine the protected resource amount (“PRA”) for the community spouse. This is the amount of countable resources that can be kept by the community spouse if there is no expansion as explained below.

Although the projected maximum protected resource for 2019 is $126,240, as explained in previous issues of the Texas Elder Law E-letter, the community spouse can often expand the PRA if the non-countable resource income of the couple is less than the minimum monthly maintenance needs allowance (MMMNA) which is presently $3,090 and is projected to rise to $3,150.50 as of January 1, 2019. Thus, the non-countable resource income (typically Social Security or a pension) of both spouses must be below the MMMNA (presently $3,090 per month) for there to be a possibility of expansion. Thus, if the non-countable resource income of the couple is below the MMMNA, often the couple might have hundreds of thousands of dollars and still be eligible for Medicaid (notwithstanding the $126,420 “maximum” limit) since more resources are needed when interest rates are low to have adequate income up to the allowable limit. On January 1, 2019, the minimum protected resource amount is projected to rise from $24,720 to $25,284. These are numbers that most elder care attorneys follow very closely.

However, if the non-investment or non-countable resource income of the couple is less than the MMMNA (anticipated to be $3,150.50 in 2019) there often can be expansion of the PRA.  Thus, in the example above, in certain cases a couple might have $500,000 or more of countable resources and the institutionalized spouse could still achieve Medicaid eligibility and the community spouse could keep all $500,000 (see the Success Story of the Month as an actual example). Since interest rates are very low, often more can be protected than ever before at the present time.