2018 ESTATE TAX EXEMPTION TO BE $5.6 MILLION PER PERSON EVEN WITHOUT TAX REFORM

04 Dec 2018 ESTATE TAX EXEMPTION TO BE $5.6 MILLION PER PERSON EVEN WITHOUT TAX REFORM 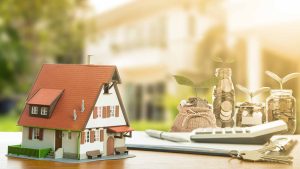 Although some states have state estate, inheritance or death taxes at a lower threshold, Texas follows the federal estate tax limits (the amount you can leave to your heirs without estate tax) which is estimated (based on inflation  numbers) to be $5.6 million for a single person (who dies in year 2018) and $11.2 million for a married couple in year 2018. Estates over that limit are subject to federal estate of approximately 40%.

The recently passed bill by the U.S. House of Representatives doubles the limit on how much money can be passed to heirs without estate tax to approximately $11 million for single persons and $22 million for married couples for deaths between years 2018 through 2023 and then repeals it entirely beginning in year 2024. The U.S. Senate version of the bill is similar, but it does not repeal the estate tax. Presently only 1% of Americans are subject to federal estate tax. If the present bill is passed, then only 0.2% of Americans would be subject to estate tax. Of course, laws often change, and it is possible there can be a lower threshold at a later date.

It should also be noted that the annual gift tax exclusion is set to rise to $15,000 per year, per donee. In other words, the limit that one can give to an individual in one year without reporting to the IRS and without possibly being subjected to a gift tax (the donor, not the donee, is the one responsible for reporting to the IRS and paying any tax). Thus, for example, a donor can give $15,000 to five different individuals for a total of $75,000 in a year without a gift tax or even reporting to the IRS. However, even if one reports, there may be no gift tax since it is a combined estate/lifetime exclusion amount. However, even though the House bill eliminates estate tax, it does not eliminate gift taxes.