Posted at 07:00h in Lady Bird Deed, Medicaid by Michael B. Cohen
Share

At our December estate planning workshop, there were several questions about the use of enhanced life estate (“Ladybird”) deeds to protect a Medicaid recipient’s homestead from the state’s Medicaid Estate Recovery Program (“MERP”). After the death of the Medicaid recipient under present laws in Texas, the state can make a claim against the Medicaid recipient’s non-countable resources (i.e., home, car, certain mineral interests, etc.) to the extent that Medicaid benefits are advanced (Medicaid often pays much of nursing home costs, drugs, etc. of certain individuals who 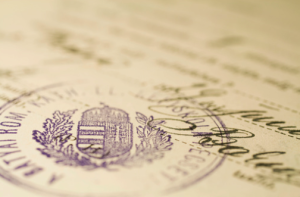 qualify) if such resource passes by their Last Will and Testament. If a deed is properly drafted, a homestead (or other real estate) can pass by such a deed (and not by will) at the death of the owner of the real estate and can avoid a Medicaid transfer penalty (without adverse tax issues) in addition to avoidance of a successful claim by MERP. However, under federal law, states were given the option to go after all assets of the Medicaid recipient – no matter how such asset is to be passed. So with Medicaid block grants clearly on President-elect Trump’s wish list and states being given less funds for Medicaid, either restrictions to access to government programs or limitations to planning for eligibility or protecting assets of the Medicaid recipient are clearly on the table. Thus, for example, Texas could choose to expand MERP to go after all non-countable resources of the Medicaid recipient – no matter how the resource passed. This would probably spell the end in the use of Ladybird deeds as far as avoidance of the claim by MERP.

Whether or not Ladybird deeds already in existence would be grandfathered is unknown – just like we do not know what other new laws will be passed including Medicaid block grants. However, for those not already in crisis, often planning can be done in avoidance to reduce risk to protect assets such as the home for those who have inadequate assets for self-insurance or who have no (or inadequate) long-term insurance. Unless Texas is a demonstration state for a Medicaid block grant, it is not expected that new rules regarding expanded estate recovery or restrictions or limitations to access to Medicaid to be effective for at least two to three years due to the amount of Senate votes needed for change.