TAKES DEAD AIM AT OUR MILITARY VETERANS AND THEIR SURVIVING SPOUSES

The questions I have posed are but a few of the problems resulting from the proposals of the U.S. Department of Veterans Affairs (VA) to limit eligibility for benefits to military veterans (who served during wartime) and their surviving spouses who have disabilities not connected with their military service.

At the present time, benefits are available in varying amounts depending if the applicant is the widow of a wartime veteran (over $1,000 per month) to a wartime veteran who is married (over $2,000 per month) assuming the applicant meets certain financial requirements  in addition to looking at their predictable medical expenses (typically assisted living, nursing home, etc.). However, due to ease in methods and strategies for qualification, VA probably does need to make changes – but the proposals have gone too far as evidenced by the questions I have posed in my initial paragraph. 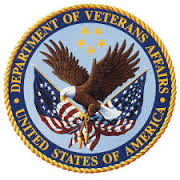 Although nothing is set in stone at this writing (VA’s comment period is over), Congressional approval should be needed since VA has gone overboard. Although a three (3) year look back period seems rational, VA’s presumption that all transfers by the applicant were purposefully done to obtain benefits (other than fraud victims) fails to address the issue that people sometimes tithe or give to their favorite charities or make gifts to others not knowing that illness would befall them within the next three (3) years.

Furthermore, it is this author’s opinion that laws should not be enforced ex-post facto. There should be grandfathering (which the proposed VA rule changes do not allow). If Texas passes a law against texting while driving, do you think we should issue tickets to all who did that before the law changed? Similarly, VA should honor the law as it presently exists until the new law is enacted.

Also, sometimes people use annuities in their own name as an additional source of income to pay for their care. The proposed VA rules penalize applicants for doing this. Does it really make sense to be penalized for using your own money for your care? VA should encourage (not discourage) people attempting to pay for their own care.

Finally (although there are numerous other problems with the proposed rules), the proposed rules would impose a nationwide standard allowing an exemption for up to two (2) acres for a primary residence. Thus, a two (2) acre home in Beverly Hills, California would be exempt, whereas a three (3) acre farm or ranch in rural Texas would be considered excessive. Does this really seem fair? As much as we often criticize Congress, it is hard for this author to believe that Congress would allow (and VA wants to take action without Congressional approval) these seemingly half-baked rules to pass. If VA arbitrarily takes this action to pass these rules, then it seems like a certainty that someone will bring a lawsuit since the changes are monumental and far-sweeping. Although we have a deficit, we need to protect our military veterans from capricious overboard actions that lack fairness and rationality.