SUCCESS STORY OF THE MONTH – “HONOR THY FATHER AND MOTHER” – OR ELSE!

05 Oct SUCCESS STORY OF THE MONTH – “HONOR THY FATHER AND MOTHER” – OR ELSE!

Posted at 15:07h in Trusts by Michael B. Cohen
Share 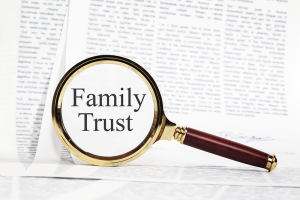 Mother and father created an irrevocable trust which mother and father retained control of the assets and were trustees. After mother and father’s death, all their assets were to be distributed equally between their two daughters although the assets would pass to the daughters in trust to protect the daughters from creditors, bad marriages and to make sure the assets stayed in the family. After the parents’ death, initially each daughter would primarily be in charge of their own trust (although a co-trustee was named for creditor protection purposes) and distributions could be made by and to them in any amount at their sole discretion.

Instead of having to depend upon and hire a doctor or doctors or have a court determine if mother or father was disabled, a disability panel was created in the trust. Mother and father each had their own panel consisting of their spouse and the two daughters. A majority was needed before mother or father could be determined to be disabled. One daughter (probably being unduly influenced by her husband who hadn’t worked in years) suggested to the other daughter that father be determined as disabled (since it only took a majority) even though father clearly has mental capacity. Father became aware of daughter’s sinister plan. Even though the trust was irrevocable, the trust provided that father and mother (jointly or individually) had the right to remove trustees, disability panel members and even change who was a beneficiary (provided it was to a family member) or how they receive their distribution. Although father let the unfaithful daughter retain her 50% share after parents’ deaths, she was removed as a disability panel member of his panel and as a trustee of her trust. He also changed the irrevocable trust (even though his wife has since passed) so that such daughter, until age 67, would receive $1 for each dollar of interest or dividends that she and her husband earned annually (to encourage saving and investing) and for annual employment earnings of daughter and her husband (both presently unemployed) to encourage them to work. W2s and 1099s are required for a distribution to be made by her trustee. Honor thy father and mother – or else!