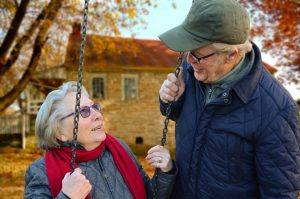 Recent research indicates a change in speech such as more pauses, verbal changes, and filler words could be a signal of early mild cognitive impairment. If this study is accurate (and it is the largest one done for this purpose), it could be an early signal and an inexpensive way to determine mental decline. The study showed those with early-stage mild cognitive impairment on certain verbal skills declined much faster than those who didn’t develop thinking problems. However, it is normal aging to have trouble recalling names or say “um.” The difference is the frequency in a short period. So, if one uses more pronouns such as “it” or “they” instead of specific names for things, or speaks in shorter sentences with a longer time communicating, then this would be more of an indicator of potential cognitive problems.

If interested in helping us find a cure for Alzheimer’s, please join our walk team (Michael’s Marchers) at the Greater Dallas Alzheimer’s Association Walk to End Alzheimer’s on October 7, 2017 by clicking here.