Posted at 22:54h in Estate Planning by Michael B. Cohen
Share 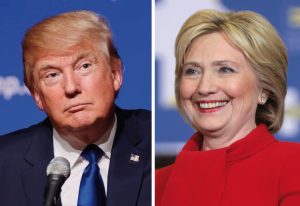 Although it is unlikely that the proposed estate tax change of either presidential candidate will be enacted as is, there is a stark contrast which should be considered for those interested in estate planning.

If Clinton’s estate tax proposals were to become effective, there would be numerous changes including the following:

It should be mentioned that none of these proposals are new. President Obama has made these proposals for several years and none became close to passage. There are other proposals, but the ones above are the ones that are key.

Trump’s estate tax proposal is to eliminate the federal estate and gift tax. Thus, many estate tax planning documents that have already been done may not result in the tax benefits originally contemplated. Often estate planners prepare various documents such as family limited partnerships, limited liability companies, grantor retained annuity trusts, and irrevocable trusts such as life insurance trusts to reduce estate taxes. Thus, these planning documents will be used less if estate and gift tax avoidance is the primary motivation. However, estate planning is more than to save on estate taxes. Creditor or asset protection, divorce protection, family protection, and more are additional considerations that should always be made for anyone — no matter how big or small his or her estate might be.

The downside of the Trump proposal is that this will likely increase the federal deficit and only the wealthiest would stand to benefit.

The options would be decrease federal spending or increase taxation in other areas. It is anticipated that the main targets of such cuts would likely be deep cuts in Medicaid spending including the elimination of the Affordable Care Act (Obamacare) and funding assistance for those seeking college assistance.

Estate planners might consider more flexibility in their documents such as the use of trust protectors (especially if the trust is irrevocable), the power to exchange assets in trusts and giving the creator of a trust the power to make a loan without adequate security.

Although passage of the proposals of either candidate is unlikely, estate planners should discuss these possibilities in present planning.