Posted at 09:01h in Trusts by Michael B. Cohen
Share

In recent years, numerous crowdfunding platform websites (such as GoFundMe, Indiego and Crowdrise) have grown rapidly raising millions of dollars (generally online) for various causes and individuals. Although the intent is often to help those with disabilities, it can actually be detrimental if the account is not properly created or distributed. Various public benefit programs (such as Supplemental Security Income (SSI), Medicaid, food stamps and Section 8 housing) have income and/or asset limits, rules against transfers, etc. Those benefits could be lost if the creator of an account unwittingly fails to consider public benefits rules.

Generally, the creator of such account describes the intended campaign on a campaign page which is shared by email or various social media such as Twitter or Facebook. The creator of the campaign also establishes who could withdraw funds. It does not have to go to the beneficiary 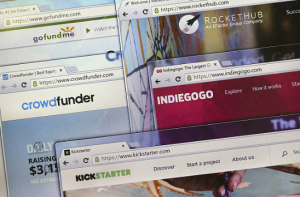 who was named in the campaign. If the recipient of the funds that can be withdrawn is on public benefits, then such benefits are in jeopardy.

Although most crowdfunding websites do not give guidance on these types of issues, at least the GoFundMe website advises creators to select “Myself” instead of “Someone Else” if they are raising money for a beneficiary who is unable to set up withdrawals for themselves. As a result, the one who establishes a campaign has the power to determine if funds are distributed, how much is distributed and how the funds are distributed without the beneficiary’s knowledge. The only crowdfunding website that warns that a beneficiary on Medicaid, SSI or other income-based support should check with a benefits specialist before depositing the funds withdrawn is the Give Forward crowdfunding website. Since most websites fail to give this warning, even those with the best charitable intentions could by error or mistake hurt those they are trying to benefit since life-saving public benefits could be lost.

Some websites such as GoFundMe and Crowdrise permits a trust (such as a special needs trust for those on public benefits) to be the recipient, and some permit a change of the name of recipient.

As a result of this rapidly growing unregulated phenomenon, elder law practitioners will be called upon to consider various options from a “Medicaid spend down” by purchasing exempt resources to creation of trusts – not to mention the proper way to establish a crowdfunding account and the proper naming of a recipient.

Although those crowdfunding websites are presently unregulated, it would seem that it is only a matter of time until some unscrupulous person creates a campaign but does not use the funds as advertised which will cause future regulation.