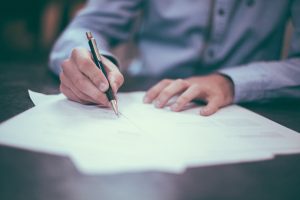 Effective September 1, 2017, the “transfer of assets divisor” in Texas increased to $172.65 per day from $162.41. The increased figure applies to long-term care Medicaid applications in Texas submitted on or after September 1, 2017. When an individual needs long-term care (such as nursing home care) and applies for Medicaid to pay some of the costs of care, then the State examines certain areas (i.e., resources, income, etc.) during its eligibility determination process. One examination area is the transfer of funds or disposal of assets for less than fair market value. The state looks back at the sixty (60) months prior to the long-term care Medicaid application. If any transfers occurred that are not exempt (i.e., transfers between spouses, transfers to a disabled child, etc. are exceptions to the transfer penalty rules), then the State totals all non-exempt transfers within such sixty (60) month period prior to the month of application and divides the result by the current divisor amount ($172.65) stated above. The result is the number of penalty days during which the individual would be ineligible for Medicaid coverage and would have to pay for institutional care out of pocket.

So, for example, if an applicant gave an asset worth $100,010 and received $10 for such asset in return, then this would be considered an uncompensated transfer (presumptively not exempt) in the amount of $100,000. If the applicant then applied for nursing home Medicaid (there are over 40 Medicaid programs in Texas, each with their own rules) on or after September 1, 2017 in Texas (each state, and sometimes a region of a state, has its own transfer penalty advisor based on average cost of care in that area) and is otherwise eligible for long-term care Medicaid, it is projected that the applicant would have to private pay 579 days ($100,000 ¸ $172.65) from the first day of the month of application. The penalty can be eliminated if the gifted funds are returned in full or if the donee pays the bills of the donor (applicant) of an equivalent amount. Often the penalty can be reduced by various strategies.

Texas (unlike some states) allows partial cures. Thus, if an uncompensated transfer is made within sixty (60) months prior to the month of application for long-term care Medicaid, it does not necessarily mean there is ineligibility for sixty (60) months. In fact, sometimes gifts are purposefully made as part of the planning for Medicaid eligibility and preservation of resources.