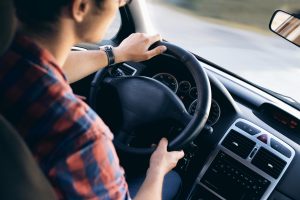 As of September 1, 2017, it will be easier in Texas to transfer the title of motor vehicles on an owner’s death. Similar to the Transfer on Death Deed law passed in the state legislative session two years ago whereby real estate can be transferred at death by merely completing a form (although there are times when this is not recommended), the Texas Department of Motor Vehicles will be (if it hasn’t already) developing a beneficiary designation form (probably on an application for title) so that an owner of a motor vehicle can transfer his, her or their vehicle outside of probate. Presently, Texas permits a joint owner with right of survivorship designation, but this is different as the beneficiary is not an owner and the owner can change his, her or their mind (revoke the designation or sell the vehicle) without the consent of the beneficiary. The beneficiary designation will supersede the owner’s Last Will and Testament. The beneficiary designation can be changed or revoked by submitting a new application for title.

This new law can be beneficial in many situations besides the obvious simplicity of change in title without adverse impact on the owner(s) of the vehicle. For example, due to liability issues and concerns of insurance companies, vehicles are usually not re-titled in the name of a trust (which are often used to avoid probate). This is particularly useful when the owner of the vehicle wants the vehicle to pass in a manner inconsistent with the laws of intestacy (when someone doesn’t have a Will). So, for example, when there is a second marriage or if there are any children from a different relationship, or if an owner wanted to disinherit an heir(s), this will be a simple way the owner(s) wishes are met.

This new law may also be useful when the owner(s) of the vehicle is on certain Medicaid programs such as paying nursing home or other care costs which permit estate recovery against vehicles for the benefits advanced to the owner(s) by the state. This should avoid Medicaid Estate Recovery since the state only makes a claim against assets that pass by probate (by Will). Although this has not yet been tested since the law is not effective until September, this should be used as a planning tool for those whose estate may be subject to estate recovery as this is similar to Transfer on Death Deeds and Enhanced Life Estate (Ladybird) Deeds, life insurance policies and certain bank accounts (if non-countable) which also avoid Medicaid Estate Recovery since Texas presently only pursues claims against property that passes by probate (by Will).