Posted at 19:41h in Medicaid, Medicare by Michael B. Cohen
Share 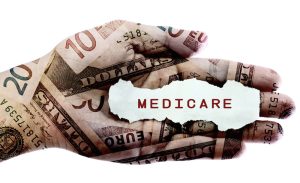 U.S. House GOP members released a budget proposal in June entitled “A Brighter American Future” to slash Medicare and Medicaid spending to reduce the nation’s deficit recently increased as a result of the tax law that became effective this year. Since mid-term elections are just around the corner, this budget proposal is unlikely to see the light of day or effect present spending levels.

Under the proposed budget, private plans options would be given to seniors to compete with Medicare resulting in an estimated $537 billion reduction in Medicare spending.

Medicaid (which is the means-based federal state program which often helps pay for nursing care and helps others with disabilities) would be reduced by giving states a “block grant” – a lump sum much less than states presently receive. This gives states more control of their own programs, but this is likely to result in less benefits for those eligible, more difficult in obtaining eligibility, or in cuts to providers.

It is anticipated that these changes to Medicaid and other health programs would account for $1.5 trillion in savings.

There would be a $4 billion cut to Social Security over a decade under the proposal. Although there are many other cost-saving measures, under the budget proposal it is Medicare and Medicaid that would be the biggest losers.

It should be mentioned, President Trump has vowed to save Medicare, Medicaid and Social Security. At a recent speech in early July, he indicated that although he agreed that public benefits are unsustainable at current levels, the tackling of those popular issues would result in GOP losses in the upcoming mid-term elections. This budget proposal is a clear indication that House Republicans believe tax reform will fail to reduce (if not add) to the existing federal deficit.