WHAT DO YOU MEAN I CAN’T SAVE MY HOME IF A POWER OF ATTORNEY IS USED?

07 Sep WHAT DO YOU MEAN I CAN’T SAVE MY HOME IF A POWER OF ATTORNEY IS USED?

Posted at 09:02h in Power of Attorney by Michael B. Cohen
Share 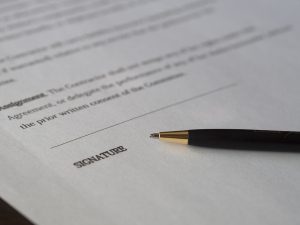 One of the most common misconceptions is that a Power of Attorney will be recognized by all financial institutions and title companies. Due to concerns about abusive actions of agents and potential liability, financial institutions and title companies often do not recognize financial Powers of Attorney (a document most often used to give someone else the authority to handle transactions if the person who signed the document has become incapacitated) — and this is becoming more prevalent.

Most elder law attorneys draft special language in Powers of Attorney for clients who have inadequate long-term care insurance and who may subsequently need public benefits due to disability. In addition to transfer planning and creation of certain trusts as authorized by federal and state laws, special language is often used in connection with real estate transactions, such as the ability to partition marital property and the ability to do a “Lady Bird Deed,” which is often used to protect a Medicaid recipient’s home from a successful claim of the government’s right against the home for recoupment of medical expenses advanced.

However, title companies often carefully scrutinize a real estate transaction if a Power of Attorney is utilized to reduce their risk. There are 18 title insurance underwriters that are licensed in Texas. Risk tolerance is not regulated by the State — so the amount of risk and requirements to insure title on various real estate transactions is not uniform. Thus, for example, if an agent acting under a Power of Attorney executes a Lady Bird Deed to save the home from a successful Medicaid Estate Recovery claim by the State, it doesn’t mean that a title company will honor the deed and issue a title policy. If that is the case, it possibly may require the probating of a will or an heirship determination, or at least an Affidavit of Heirship (which many title companies are now requiring a one-year waiting period before signing due to concern about potential claims).

In order to deal with these possible real estate issues, some of the planning considerations for an attorney should include (1) getting the principal’s attending doctor to sign a Capacity Affidavit at the time the Power of Attorney is signed in questionable capacity situations; (2) make sure the Power of Attorney is broad enough and covers specific authority to give the ability to do certain estate and public benefits planning options such as community property issues, various real estate transactions, and retirement account beneficiary designations; and (3) having enough alternate agents and giving an agent the power to delegate authority. Proper drafting and planning will reduce the risk that Powers of Attorney will not be recognized by financial institutions or title companies.