Am I Killing the Goose that laid the Golden Egg? How tax-deferred annuities can be used in Texas in Retirement Accounts so that the Government pays for care costs

06 Feb Am I Killing the Goose that laid the Golden Egg? How tax-deferred annuities can be used in Texas in Retirement Accounts so that the Government pays for care costs

Posted at 20:32h in Long Term Care by Michael B. Cohen
Share

Usually the biggest asset that most Americans have is either a home or their retirement accounts or both. Americans are living longer than ever before, but most have inadequate long-term care insurance coverage. Most mistakenly think that Medicare will take care of them if they are either going into an assisted living facility or a nursing home. Since the minority of Americans have long-term care insurance or a hybrid (life insurance or annuity with a long-term care insurance feature), then they often look to Medicaid to pay for the cost of care. However, long-term care Medicaid is “means-tested.” In other words, you have to meet the resource test for the government to help pay for care costs. Although certain assets are exempt (such as a homestead unless it has an equity value over $560,000 in Texas if the applicant is single), a 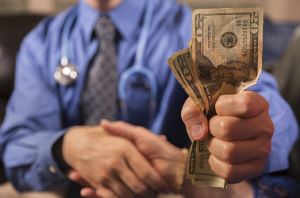 retirement account is a countable resource subject to spend down – UNLESS IT IS AN ANNUITY (editor’s emphasis). Thus, often the goal is to get the applicant down to the resource limit (without just spending it on care) so that the government will pay for care costs.

Although it is uncertain how other states interpret federal law, Texas has relatively recently even treated tax deferred annuities within a traditional IRA, SEP or Roth IRA as “non-countable” (note that teacher’s retirement accounts do not fall within this exception). The amount of countable resources a single person may have for Medicaid eligibility is only $2,000. The maximum of countable resources a married couple can have for Medicaid eligibility (if their Social Security wages, pension and annuity income totals more than $3,022.50 per month) is $120,900. If their income is less than that, then often hundreds of thousands can be protected without “spend down” and the government will help pay for some, if not all, long-term care costs even if the person has no long-term care insurance.  As a result, the Medicaid planning strategy of purchasing a tax-deferred annuity within a retirement account is most useful in three situations: (1) the Medicaid applicant is single and has an IRA; (2) the Medicaid applicant is married and the couple’s combined income from Social Security, pensions, wages and annuities is greater than $3,022.50 per month (if in year 2017); and (3) if the Medicaid applicant is married and has an IRA, but doesn’t want to withdraw from it (since the Medicaid recipient must have less than $2,000 of countable resources within one year) resulting in income taxation. A few brief examples should illustrate how this works.

Example No. 1: Client is single and the only assets are a retirement account worth $40,000 invested in mutual funds and a checking account of $1,000. If the Medicaid applicant meets all other Medicaid requirements and simply changes the investment within the IRA from mutual funds to a tax-deferred annuity, then there would be Medicaid eligibility effective as of the first day of the next month (since the IRA resource has been changed from countable to non-countable, this leaves the checking account, which is less than $2,000 under this example, as the only countable resource). Applicant would only pay his or her income as their share of the cost of care, and the government would pay the balance.

Example No. 2: Married couple whose income from Social Security, pension, wages and annuities total more than $3,022.50 per month. Wife (with dementia) has $300,000 in IRA invested in stocks, husband has $80,000 (invested in mutual funds) and the couple has a joint checking account of $20,000. As a result, there is $400,000 ($300,000 + $80,000 + $20,000) of countable resources. As indicated above, the maximum amount of countable resources that the couple can keep without “spend down” is $120,900 (this amount generally changes annually with the cost of living) in cases where the couple’s combined income exceeds $3,022.50 per month. So, if the wife is either hospitalized or goes into a nursing home in October (which establishes the snapshot date) and purchases a tax-deferred annuity in November, using all of her IRA (although the annuity would still be in her IRA), then there should be eligibility in December since now the only countable resources would be husband’s IRA ($80,000) and the joint checking account ($20,000) for a total of $100,000 which is less than the maximum allowable amount ($120,900). If the husband’s income alone is less than $3,022.50 per month, then income can be diverted to him to the extent of the shortfall. The remainder of the wife’s income would be paid to the facility as her share of the cost of care. If his income exceeds $3,022.50, then her income would be her share of the cost of care, and the government would pay the balance. TIMING IS CRUCIAL. Financial advisors are strongly urged to consult with a knowledgeable elder law attorney before purchasing an annuity within an IRA if the only purpose was to qualify for Medicaid. Although the proposed “Closed Annuity Loopholes in Medicaid Act” has little impact on this use of tax-deferred annuities in retirement accounts in planning for Medicaid eligibility, it should be noted that any governmental benefit is subject to politics. It is this author’s opinion that the “Closed Annuity Loopholes in Medicaid Act” did not address this planning (use of tax-deferred annuities within a retirement account) option since Texas may be the only state where this works. Furthermore, since this is not often used, it probably hasn’t hit the radar of the federal government.

Example No. 3: Same facts as Example 2 above except the combined income of the couple is enough below $3,022.50 per month so that there is no need for spend down. For example, if wife had income of $1,200 and husband had income of $1,000 per month, then all $400,000 could be kept without necessity of spend down due to Medicaid’s prevention from spousal impoverishment rules (more assets are needed to generate enough income to get to the allowable $3,022.50 income limit).

However, Medicaid requires all countable resources over $2,000 be transferred to the well or community spouse within one year. If that happened and we didn’t change the nature of the investment to a tax-deferred annuity, then there would be taxation on the wife’s $300,000 when she withdraws the same from her retirement account.

The goals of the client above were to: (1) obtain immediate Medicaid eligibility so that the government would help pay for care costs; (2) preserve resources for the community spouse so that he or she could live off their own assets; or (3) create a wealth transfer to a future generation. These goals are best met when there is a partnership of a financial advisor (who is familiar with various annuities that are in the best interest of the client) and an elder law attorney. It should be noted that similar to the “Close Annuity Loopholes in Medicaid Act,” there is no guarantee of Medicaid coverage if some sort of Medicaid block grant passage is made by Congress. Furthermore, if too many people start using this strategy, then this golden goose who laid the egg may be killed as the government would eventually rule this planning option is no longer available.