Posted at 06:00h in Financial Powers of Attorney by Michael B. Cohen
Share

President Obama has attacked Individual Retirement Account (IRAs) as indicated by his Fiscal Year 2016 Budget released two weeks ago. Although probably most provisions will not likely be passed by congress, it paints a clear picture what the administration would like to do. Although there were numerous proposals regarding retirement accounts that could affect your pocketbook, here are some (about ½ of the actual proposals) that I think are the most important:

Presently, non-spouse beneficiaries of IRAs have the option to stretch IRAs that they inherit over their life expectancy. Thus, if one inherited an IRA worth $40k and such non-spouse beneficiary had a 40 year life expectancy, then the beneficiary might be required to take approximately $1k per year thus allowing the IRA to grow tax deferred. Under the President’s proposal, it would be mandatory for non-spouse beneficiaries (other than those disabled, chronically ill, minors and account owners who are less than 10 years younger than the retirement account owner) to empty such inherited IRAs within five years. It is anticipated that this provision would result in the government collecting an additional $5.5 billion over the next 10 years.

Another proposal by the President is to limit the maximum tax benefit (deduction) for contributions to an IRA or 401k to 28%. Thus, if you are in a tax bracket of more than 28%, you wouldn’t receive a full deduction for the amounts contributed to a retirement plan.

The President has proposed that you can no longer contribute to a Roth IRA with after-tax money held in a traditional IRA or employer-sponsored retirement plan. Since your income must be limited before you can contribute to a Roth IRA, one common tactic for those whose income exceeds that limit is to contribute to an IRA which there was no deduction (after tax) and then convert this to a Roth. This proposal would kill back-door Roths.

The President has also proposed that holders of Roth IRAs make required minimum distributions after you turn 70½ – like those who have traditional IRAs. If you are already over 70½, this would not be applicable. However, this would still seem to be unfair to those who contributed to Roth IRAs thinking that they would not have to make such withdrawals. Of course, the present basic premise of Roth IRAs is to pay the tax on the amount contributed and funds could grow without taxation as long as the funds are held in the Roth. This proposal of a forced withdrawal would mean that earnings made on the forced withdrawals would be subject to income taxation.

6.   Required Minimum Distributions Eliminated If Total In IRA Is Less Than $100,000.

At the present time, an IRA owner has to start making withdrawals the year after the owner reaches 70½ years of age. This proposal would no longer require withdrawals if the total amount held by the owner for retirement is less than $100,000. 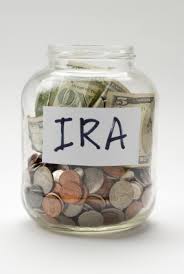