Posted at 09:06h in Medicaid by Michael B. Cohen
Share 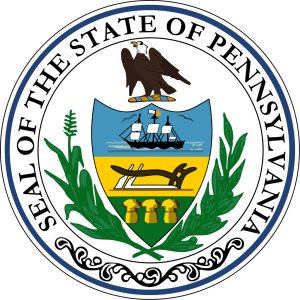 In an effort to avoid payment of public benefits, the Pennsylvania Department of Human Services recently attempted a ploy that would even make Attila the Hun, the barbaric military leader, blush. Although the Third Circuit Court ruled against the state, it seems shocking to the conscience of even Rambo-like attorneys that the state would even attempt to resuscitate the “Granny Goes to Jail” law – a law that in the 1990s originally made it a federal criminal act if a person made any transfers that caused the imposition of a penalty resulting in Medicaid ineligibility. Under Medicaid laws, there is a presumption of guilt that if a Medicaid applicant made an uncompensated transfer or gift within a period of time before one applies (usually five years on many Medicaid programs), then it is presumed it was purposefully done to get public benefits since the Medicaid programs look at the amount of assets the applicant has. Thus, as an example, if a parent or grandparent helped with car or mortgage payments of a child or grandchild or perhaps gave a Christmas gift, and then had a stroke four years later resulting in an application for public benefits since care is needed, it is presumed that it was purposefully done to get public benefits – which is why this author often states that “seniors have less rights than terrorists.” Thus, if a penalty was imposed, then (if the original law was still applicable) the Medicaid applicant could have prison time (hence “Granny Goes to Jail”) in addition to being ineligible for Medicaid. After public outcry, Congress (in its infinite wisdom) decided to change one of the provisions of HIPAA to make it a federal crime (felony or misdemeanor fine up to $25,000 and prison term up to five years or both) for an individual, for a fee, to counsel or assist with disposal of assets which causes an imposition of a period of Medicaid ineligibility. Thus, any advisor (i.e., accountant, financial advisor, planner, or attorney) who received payment for transfer planning, could then be subject to criminal charges (thus, the law was then known as “Granny’s Lawyer Goes to Jail”). However, soon thereafter, the New York State Bar Association sued and successfully obtained an injunction in New York since the law violates the First Amendment as it regulates and has a chilling effect on free speech. Janet Reno, who was then serving as U.S. Attorney General, agreed that the law was “plainly unconstitutional under the First Amendment.”

However, the overzealous Pennsylvania state agency attempted to revive the “Granny’s Lawyer Goes to Jail” since the injunction was only applicable to New York. The brazen attorneys for Pennsylvania, in an affirmative defense, said by the mere suggestion by the attorney for the Medicaid applicant that an annuity be purchased was tantamount to assisting the person (although not communicating with the applicant) obtain public benefits. The state’s ill-founded logic was that assistance is different than communication. The Third Circuit Court disagreed with Pennsylvania by determining that you cannot assist someone without counseling or communicating with them. Therefore, the Pennsylvania Department of Human Services was unsuccessful in its attempts to regulate free speech. Although granny and her advisors may have been jolted from any slumber, all advisors should always remain on guard and never assume what is the law today will be the law tomorrow.