APPELLATE COURT RULES “GEORGE JEFFERSON” HAD CAPACITY TO SIGN HIS WILL 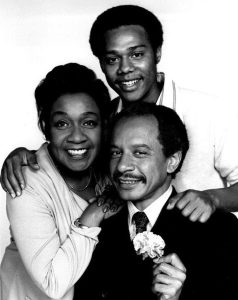 The attorney for Sherman Hemsley (who played the character George Jefferson in the television shows “All in the Family” and “The Jeffersons”) decided to not draft a will for his client since he feared a will contest due to Hemsley’s celebrity status. However, the attorney did draft a power of attorney for Hemsley, and Hemsley had another attorney draft his will. After Hemsley died, the will was contested. One of the reasons for the contest was that Hemsley’s attorney declined to prepare Hemsley’s will. Hemsley’s attorney, the attorney who drafted the will, the two witnesses who saw him sign the will, and the nurse caring for Hemsley all testified at the court hearing that Hemsley had mental capacity at the time he signed the will. The contestants argued this was legally insufficient. The appellate court ruled Hemsley had mental capacity.

There are a couple of lessons that can be learned from this case. First, family members who are dissatisfied with a will (especially if they don’t think they are getting their fair share) are likely to contest it no matter how competent a person is at the time the will is signed. Second, the attorney who prepared the will should have advised Hemsley on several other options such as: (i) a “will contest” provision giving a suspected contestant enough money in the will so that they would think twice before contesting; (ii) creating and funding a trust (so assets would not go by will and thus no will contest); (iii) having beneficiary designations on various assets so that the same would not pass by will; and (iv) having a neurologist or forensic or geriatric psychiatrist or psychologist do a capacity evaluation and have such specialist sign an affidavit simultaneously with the execution of the estate planning documents to reduce chances of a successful contest.