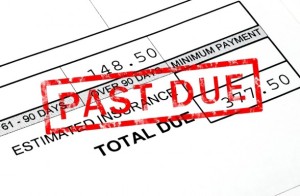 An Elderly Pennsylvania husband and wife are being asked to pay their deceased adult son’s medical bills under a law making family members responsible for a loved one’s unpaid bills. The case is a reminder that such “filial responsibility” laws may go both ways – requiring parents to pay the debts of adult children as well as the children to pay for their parents’ debts.

Peg and Bob Mohn’s son died at age 47, leaving unpaid medical bills. Now according to an article in The Morning Call (http://www.mcall.com/news/local/watchdog/mc-parents-inherit-dead-sons-debt-watchdog-20140920-column.html), debt collectors are trying to dun the Mohns using an archaic state law that wasn’t enforced until recently. Pennsylvania is one of 28 states (Texas is not one of them) that currently have filial responsibility laws. These laws (http://www.elderlawanswers.com/requiring-adult-children-to-pay-for-aging-parents-7666) usually make adult children responsible for their parents’ care if their parents can’t afford to take care of themselves, but some of the laws also make parents responsible for their children’s care.

Filial responsibility laws, which originated before the advent of the modern public support system, have been rarely enforced, but lately states and health care providers have started taking a second look at them to recover medical expenses, including Medicaid payments. In May 2012, a Pennsylvania court (http://www.elderlawanswers.com/son-liable-for-moms-93000-nursing-home-bill-under-filial-responsibility-law-9873) found an adult son liable for his mother’s $93,000 nursing home bill under the state’s filial responsibility law.

These laws differ from state to state. If you live in a state that still have such a law on the books, check with your attorney to find out how you can protect yourself from a child or parents’ debts.

If you or someone you know are experiencing trouble related to unpaid medical bills, contact our Dallas office for more information at 214-720-0102.