Posted at 09:00h in Alzheimer’s by Michael B. Cohen
Share 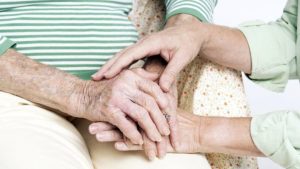 The National Institute on Aging and scientists at Massachusetts General Hospital are working together to detect and track vascular dementia at an early stage by the use of biomarkers in small blood vessels. Small vessel disease is the most frequent type of vascular disease seen in Alzheimer’s Disease. Changes in cerebrospinal fluid could be a predictor of vascular dementia so scientists will look at the markers that are most likely to detect this type of dementia (which is the second most common form of dementia). After the determination of which biomarkers are most likely to help, there will be a trial of a huge population study.  Recent studies have correlated better cardiovascular health with a lower risk of dementia.