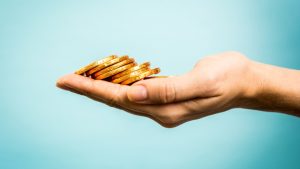 As a result of the passage of The Tax Cuts and Jobs Act in December 2017, there has been an increase in the standard deduction which should result in less taxpayers itemizing their tax deductions. Most retired Americans have paid off their home mortgages and do not have enough charitable donations to itemize – particularly with this standard deduction increase. Therefore, many donations to a charitable organization would result in a deduction that could not be utilized. As a result, there could be less charitable donations.

However, there is another option for taxpayers over 70 ½ who have IRAs who do not itemize but who still want to give to charities – the IRA Charitable Rollover, which became permanent with the passage of Path Act of 2015 on December 18, 2015. Under that law, taxpayers who are 70 ½ or older (who have to make an annual required minimum distribution) may make a donation directly from their IRA to a charity in an amount not to exceed $100,000 per year without income taxation. Of course, Congress initially encouraged Americans to save for retirement by deferring (not eliminating) income taxation until funds are withdrawn from the IRA. However, as an incentive to charitable giving, the law passed by Congress a couple of years ago permitting a “qualified charitable distribution” without income taxation on the withdrawal if the distribution is made directly to the charity. Another benefit is that for some seniors, required minimum distributions (RMD) may increase taxation against the retirees Social Security benefits. So, both the increased taxation against Social Security benefits and the income tax on the RMD could be avoided by an IRA Charitable Rollover – not to mention having a wasted deduction as a result of the increased standard deduction under The Tax Cuts and Jobs Act.

Charitable rollovers are only available for taxpayers 70 ½ or older and they only are applicable to ROTHs and IRAs – not a 401(k), 403(B) or other employer-provided plans and can only be made to public charities.

Nonetheless, with the increase in the standard deduction, it is anticipated more American taxpayers over 70 ½ who have a charitable mindset shall be inclined to take advantage of charitable rollovers.