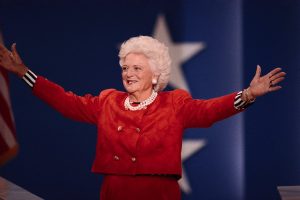 Prior to her death last week, Barbara Bush, wife of former President George H.W. Bush, decided she wanted comfort care at home during her final days as opposed to being connected with machines to keep her alive. She knew she was going to die – but she chose death on her terms.

Her well-known choice of being allowed to die in a natural way put a spotlight on end-of-life or advance care planning. Often, people do not want to talk about their care or wishes if they are disabled or their end-of-life care. As a result, their care during disability or end-of-life may be different than they desire if they don’t make their wishes known. Comfort care is often referred to as palliative care with goal of managing the symptoms of the patient (although not being denied medical help) to keep them comfortable and retain their dignity.

Most Americans do not have a Directive to Physicians (commonly known as a “living will”) which directs doctors if you want to be kept alive artificially or not if you have a terminal condition (defined in Texas as being expected to die within six (6) months even with medical assistance) or an irreversible condition. Similar to Barbara Bush, most choose to die with dignity.

Another type of Advance Directive is a Medical Power of Attorney whereby you appoint someone as your agent to make medical decisions if you cannot make such decisions for yourself.

Additionally, you can create a care plan if you lose mental capacity (i.e,. how often you are groomed, your favorite foods and drinks, favorite type of entertainment, how often you want to go to religious events or services, favorite authors, television shows, etc.)

Barbara Bush passed on her own terms with dignity and grace. More Americans should learn from her example and discuss and document their own thoughts as far as treatment during disability and the end-of-life.