Bad Decision on Converting Roth IRA in 2015? It’s Not Too Late to Undo

07 Apr Bad Decision on Converting Roth IRA in 2015? It’s Not Too Late to Undo 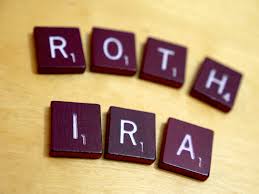 Many Americans probably converted to a Roth IRA to take advantage of the tax-free growth without the requirement of minimum distributions after one reaches 70 ½ years of age.

Of course, one of the requirements is to take income taxes on the amount converted. So, for example, if a taxpayer in the 25% tax bracket had an IRA of $100,000 that was converted into a Roth IRA, then the taxpayer would have to pay $25,000 of income taxes.

However, there was a significant downturn in the stock market in the last half of 2015.

If you have already filed your 2015 tax return, you can file an amended return so that you save on income taxes as set forth above.